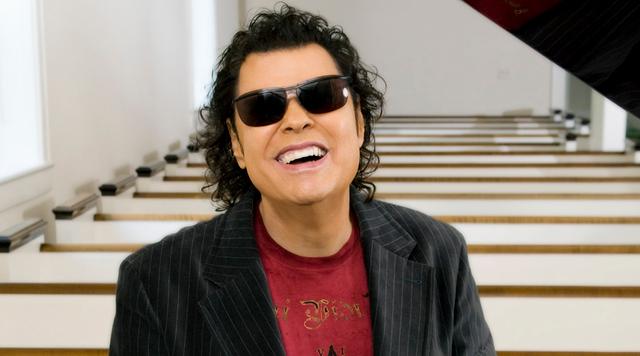 Ronnie Milsap is a testament to going where you don’t belong with an open heart and a true sense of music as a compass.

Forty #1s. Five decades of charted singles. Creating a new way of recording (being blind his hyper-attuned hearing led him to create/build what is now known as Ronnie’s Place, where the new album, the Duets, was captured), he broke genre rules and became one of the biggest pop/AC and even R&B artists of the late ‘70s and early ‘80s.

Six Grammys. CMA Entertainer of the Year and four Album of the Year Awards. The first country video played on MTV (the ironic “She Loves My Car”). An early champion of NFL star Mike Reid, who wrote many of Ronnie’s #1 hits and who’d go on to write Bonnie Raitt’s second most enduring classic “I Can’t Make You Love Me.”

He led with an open-mind, and a hunger to play. He created action in songs instead of words without tangible works. He’s the same guy today, but all these years later, he’s still a man who lives to play.
Cost:
Tickets from $30 plus taxes and fees

Must be 21 or over to attend all shows. Ticket refunds or exchanges are not permitted.