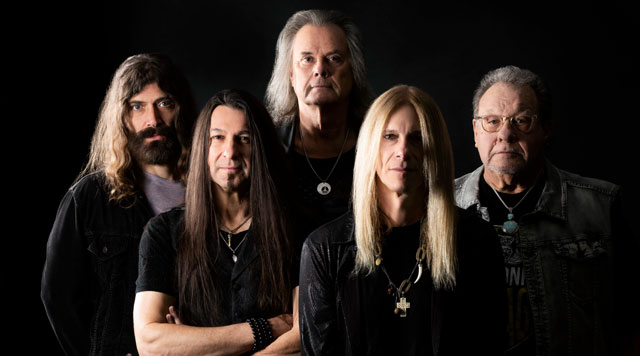 The Guess Who was the most successful Canadian rock group of the late 1960s and early 1970s, and Canada’s first rock superstars. While its record company tried to masquerade it as a British group, The Guess Who went on to forge an identity as a distinctly Canadian band, with a diverse sound that included different variations of rock, pop, psychedelia and even jazz, and lyrics that often contained explicit Canadian references. In 2005, the CBC Radio program 50 Tracks: The Canadian Version respectively ranked “American Woman” and “These Eyes” the 5th and 23rd best Canadian songs of all time. “American Woman” and its B side “No Sugar Tonight” were ranked No. 1 in Bob Mersereau’s 2010 book, The Top 100 Canadian Singles. The Guess Who “were the guys who made it okay to be Canadian, who proved that you didn’t have to leave our shores to score big. And they’ve influenced just about every Canadian performer who has followed since.”
Cost:
TICKETS STARTING AT $35.00 plus taxes and convenience fees

Must be 21 years of age or older. Management reserves all rights. Ticket refunds and exchanges are not permitted.